The Segment to Cubic action will convert either a line or quadratic curve into a cubic curve segment. A different behavior is received depending on the type of segment chosen for handle insertion:

In the provided example, the Line Segment located on the bottom of the figure is converted into a Cubic Curve Segment. Follow the steps below: 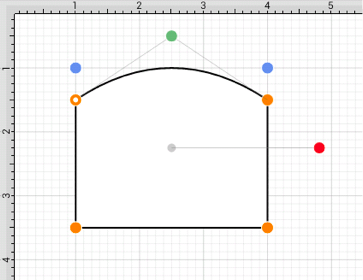 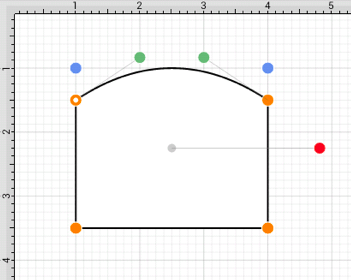 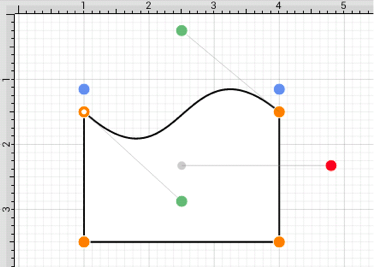 Note: Refer to the Handles Reference section of this documentation to learn more about each handle.